The Minnesota Lynx are advancing to the WNBA finals for the third straight season. They’re facing the Los Angeles Sparks in a rematch after last year’s heartbreaking 3-2 loss against the second-seeded Sparks.

The stage is set for an exciting rematch, as the Lynx (27-7) are once again ranked #1, and the Sparks (26-8) are ranked #2. This is the second time in league history that the Finals have seen a back-to-back rematch, and everyone is expecting a thrilling series, especially after last year’s dramatic ending.

This year, the Lynx have a new weapon: Noah Basketball. As noted in this article on the Lynx’s “Voice from Above,” the Noah shooting system is making a difference in the team’s shooting game.

The effects of the team’s training with the Noah shooting system have been evident this season, particularly in the Semifinals. During last week’s game against the Mystics, Lindsey Whalen’s mid-game field goal earned her status as the fifth player in WNBA playoff history to record 900 career points. In the same game, Seimone Augustus made 14 of her 18 points in the second half, bringing the Lynx out of their first-half deficit and solidifying the Lynx victory.

A win in this year’s Finals means more than redemption for the Lynx. It also ties them with the Houston Comets for the most championships in WNBA history.

The Lynx will need to come out strong on offense, as the Sparks are returning with 2016’s Defensive Player of the Year award-winner Alana Beard, as well as former MVP and Rookie of the Year forward Candace Parker. Nneka Ogwumike, the former Rookie of the Year who hit last year’s series-winning shot, is also back for the Sparks.

The Lynx have a strong showing themselves, as all five starters are returning for another shot at the victory. Big names for the Lynx include last year’s MVP Sylvia Fowles, former Rookie of the Year Augustus and former MVP Maya Moore.

While the Lynx are returning with the same starting five, they are not the same team. The Lynx have changed up their offensive strategy, most notably by taking advantage of Whalen’s improved three-point shot and having Fowles step up as one of the team’s main shooters. 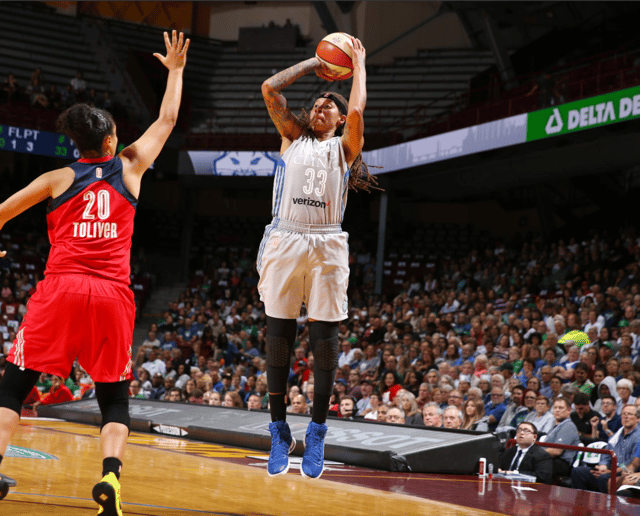 Fowles and Whalen aren’t the only players stepping up their shooting game -- Augustus has upped her shooting percentage from 29% to 46% this season alone. And Rebekkah Brunson, who prior to this season rarely made any three-point attempts, has made herself known as an option, hitting threes at a 36% clip. Overall, the Lynx rank fourth in three-point shooting in the WNBA with a 35.2% three-point percentage.

As the Lynx have said, both the Noah shooting system and Noahlytics have been an integral part of the team’s new offensive strategy, as well as to the improvement of their players’ shooting percentages. All eyes are on the Lynx as they fight for redemption in this year’s Finals.

Game 1 of the WNBA Finals between Minnesota and Los Angeles will be at 2:30 p.m. Sunday 9/24 at Williams Arena.