This blog was written by Noah Principal Data Scientist, Dr. Gus Omer. This is the first of a series of blogs behind the science of shooting. Stay tuned for more on depth and left and right deviation coming in the following weeks.

Through years of experience of analyzing shot form and data our team at Noah Basketball determined that three specific measurements affect the accuracy and consistency of a shot more than any others: arc of the ball, shot depth and shot left-right position. Each one of these metrics consists of key variables that produce either a made or missed shot. Our team took the time to dive into the science of each and explain how they contribute to success. The first being the arc of the shot.

The space available for the ball to enter the basket is determined by the entry angle, or arc, of the shot. The figure below shows the relative size of the rim opening compared to the ball visualized at various entry angles.

As you probably expected, at higher entry angles there is more relative area for the ball to enter the rim. At very low arcs, the ball is simply too large to enter the basket without hitting the rim. From this alone, you would likely conclude that one should shoot with as high an arc as possible. In fact, this was the advice for many years. For example, in the book Basketball Techniques and Team Play (Bunn 1964, 72)1 the author describes just this: “one should arch the ball as high as his strength will permit without pressing.” There are several problems with this approach, but one becomes glaringly obvious with an illustrative example.

The reality is that nobody is perfectly consistent in the arc of their shot. There will be a spread around some average value. For a player that shoots an average of 55° entry angle, an NBA-range 3PT shot with equal velocity but a deviation of just two degrees in either direction (53° - 57°) will have over 15.5” spread in depth at the rim. Whereas someone that averages 45° with a two degree deviation (43° - 47°), will have a spread at the rim of less than 4” in depth. See the figure below for a comparison. 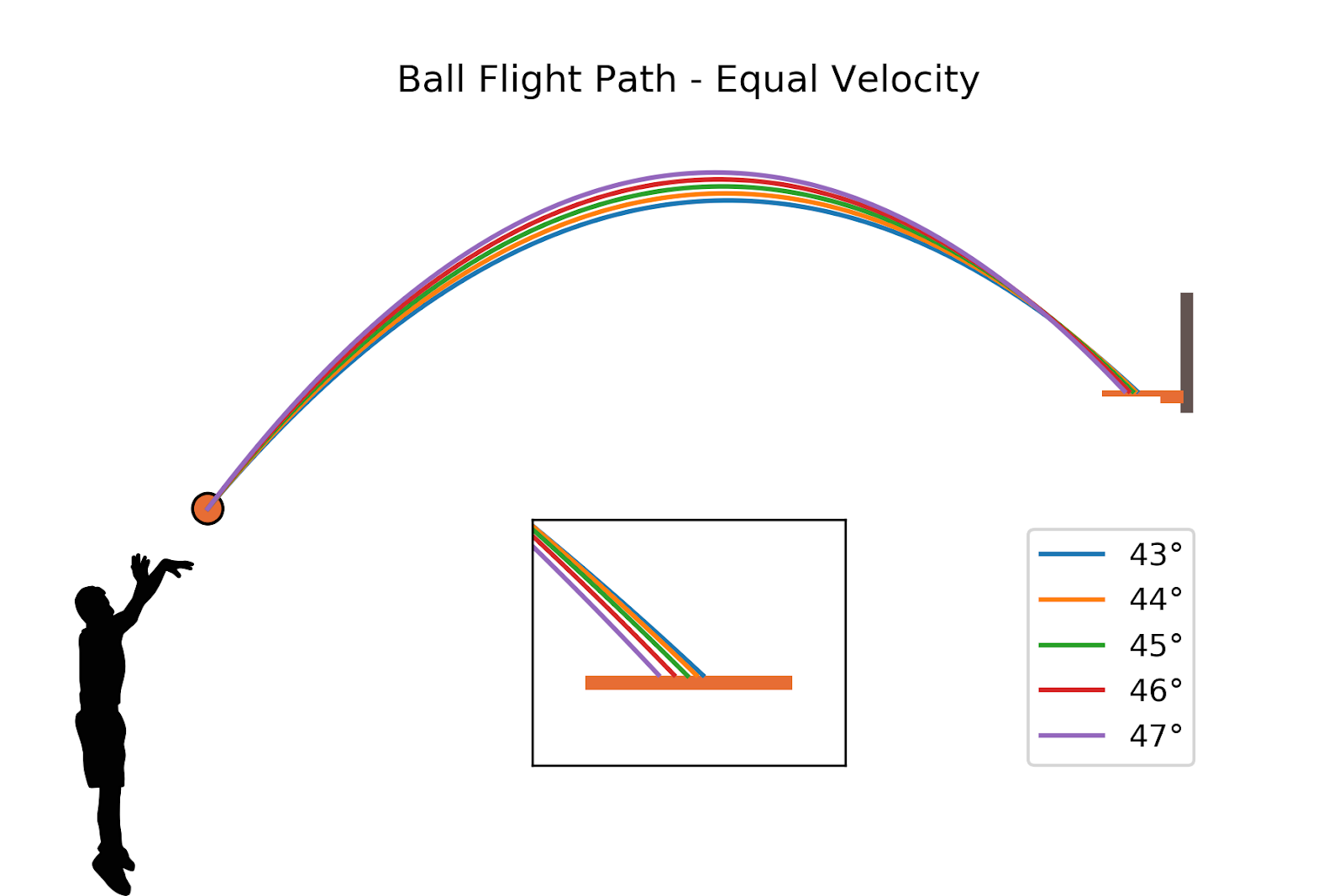 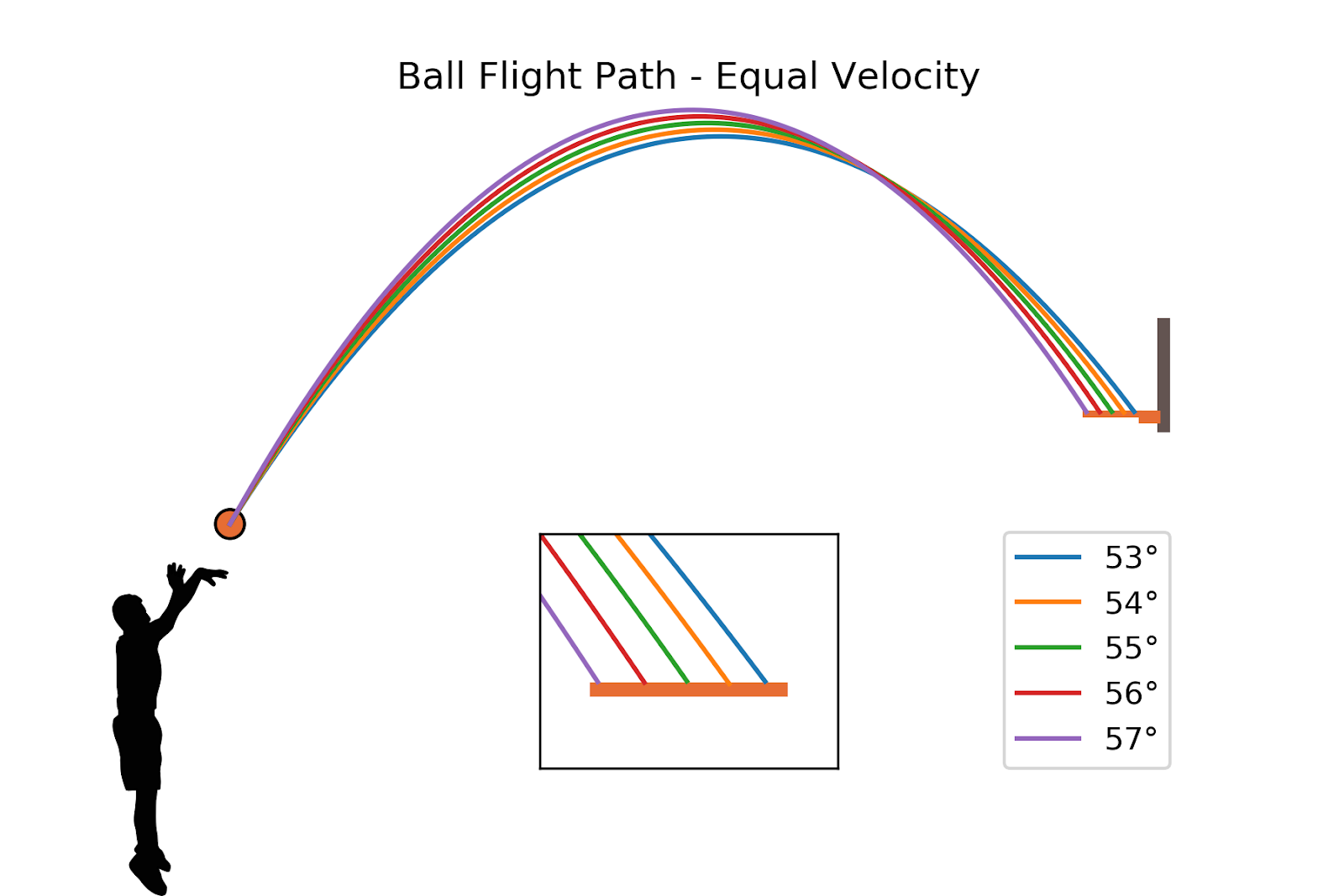