Mr. Carter is currently Chief Executive Officer for Pillar Vision, Inc. and leads all aspects of the company. John was instrumental in the development of the Noah Select and Noah Instant Shooting Systems that are now being used by top High School, College and NBA teams around the country. He has worked with thousands of players at all levels of the game, and has become an authority on how to improve shooting percentages. He speaks at numerous coaching clinics each year sharing significant unknown facts about shooting. He also served as an AAU basketball coach for many years. Prior to Noah Basketball, John had a distinguished business career. He spent eight years leading a corporate division that grew to $85 million in annual revenue. He founded a software company that was later merged with FullScope, Inc. where he served as Chairman of the Board until the company was acquired by publicly traded, Edgewater, Inc. John holds a Bachelor's Degree in Mechanical Engineering from Auburn University.

Mr. Marty is currently Managing Director at Legacy Venture in Palo Alto, California. For the past 24 years, he has been a venture capitalist and has held executive and general manager positions at Applied Materials, Hewlett-Packard, and Agilent Technologies. Prior to his business career, Alan was an Associate Professor of physics at Silliman University. Alan received his undergraduate degree in Materials Science from Iowa State University and an MBA and Masters in Education from Stanford University. Alan played college basketball and has been an AAU coach for many years. He has two issued patents in optical systems and three issued patents in machine vision systems.

Edwards leads the Aeronautics Directorate at the NASA Ames Research Center where he manages a $500 million per year research effort. He earned his B.S.E. in Mechanical and Aerospace Engineering at Princeton University and holds a Ph.D. and M.S.E. degrees in Aeronautics and Astronautics from Stanford University. He earned an M.S. from the Graduate School of Business at Stanford University as a Sloan Fellow. Tom has authored over 40 technical publications on the application of computational methods to the analysis of flight vehicles. He has consulted on the aerodynamic design of flight objects such as the Aerobie™ flying ring, which holds the world record for flight of a hand-thrown object.

Mr. Hooper has over 25 years of experience in business investing, management, and ownership of assets in excess of $500 million. Currently he is a founder and principal of Trinitas Partners, a private investment partnership. From 1982 to 1985 he was an associate at McKinsey and Company where he provided business strategy and operations turn-around services to McKinsey clients. From 1985 to 1993 he served as EVP and President of Woodside Hotels, where he managed the ownership and operations of six hotels and five restaurants, 1,000 employees and also evaluated numerous hotel and real estate investments. He is former Chairman and Director of Borland Software, an advisor to Acuity Ventures, a board member of Joie de Vivre Hotels, and a Trustee of Azusa Pacific University. He is a graduate of Dartmouth College where he was awarded the Barrett All-Around Achievement Cup and was co-captain of the varsity basketball team.

Pillar Vision will seek to operate as a "God led" company. The name Pillar was drawn from Exodus, where God led the Israelites with a pillar of cloud by day and a pillar of fire by night. When the Israelites followed God's direction, they were blessed. At Pillar Vision, we believe that God continues to lead His people and that His people will be blessed if they seek and follow God's direction.

The employees of Pillar Vision will strive for a culture that is consistent with Biblical guidance, including: 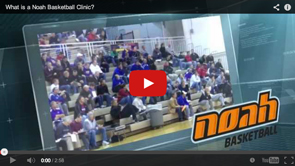 Noah Basketball Shooting Clinics are designed to educate players, coaches and fans on how to effectively increase and maintain their shooting percentages. 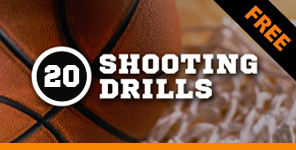